The streaming video on demand (SVOD) market is growing so fast, with new services added daily, that industry experts have deemed this era “Flixcopalypse”. Just this year alone Apple, Disney, Warner, NBCU and more have joined the party. All of these are added to the typical choices of YouTube TV, Amazon Prime Video, Hulu and over the top (OTT) plays by all the major content networks; such as HBO, Showtime, TNT, Fox, and the like.

But let’s face it, the king of the SVOD universe is Netflix. The company that launched by mailing DVDs to homes with no late fees in 1997 is now worth $16 billion dollars. That’s places Netflix at #31 on the U.S. S&P 500, ahead of giants like McDonald’s, Walmart, Oracle and IBM. What’s their secret? It’s the 150 million subscribers paying roughly $10 month for the streaming on demand content.

So while the title of this recurring monthly article is the “Top Christian Movies & Shows on Netflix”, in reality we’ll be covering all streaming services. With so many content choices out there it’s often difficult to find quality faith-based movies and TV shows. So our goal is to do some of the work for you. At the same time, we look forward to your comments and suggestions and hope to make this regular column a joint-venture between our editors and you, our readers.

Without further ado, let’s get to the Top Christian Movies & Shows on Netflix (and other SVOD services) for the first half of 2019.

“The Story of God with Morgan Freeman”

This series originally aired on National Geographic Channel, and has been added to Netflix. Host Morgan Freeman explores religion’s role in human history, how our beliefs connect us and possible answers to life’s million-dollar questions about God and our faith.

“The Case for Christ”

This best-selling novel was adpated to a movie, then eventually added to Netflix’s library. Bothered by his wife’s unyielding belief in Christianity, an investigative reporter sets out to use verifiable facts to poke holes in her faith but discovers there’s far more evenidence for Christ than against Him. 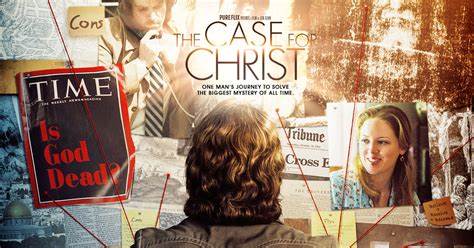 Originally aired on History Channel, this is the story of Jesus Christ through the people in his life who were closest to him. Each of the 8 chapters is told from the perspective of different biblical figures, all of whom played a pivotal role-Joseph, John the Baptist, Mary Mother of Jesus, Caiaphas, Judas Iscariot, Pontius Pilate, Mary Magdalene and Peter.